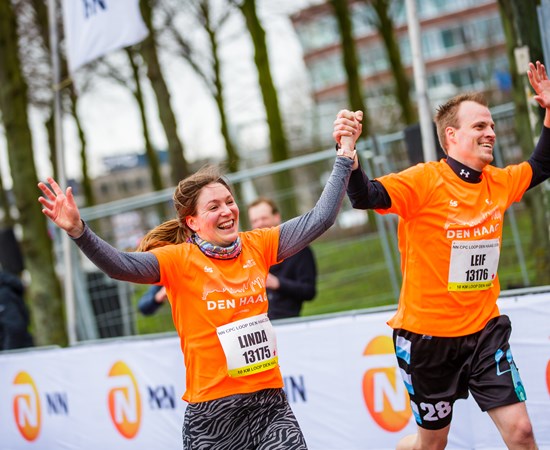 #BEINSPIRED by our community

Why are you #BEINSPIRED to join NN CPC Loop Den Haag 2022? In this collection you find special stories of participants, explaining why they are inspired to run in this event.

The story of Mandy
"There are people who are born to run. I am clearly not one of them." My running career mainly consisted of good intentions, running with Evy and then giving up again. To try again months later, full of good courage. This changed when I registered for a beginners group 3.5 years ago. In ten classes you would learn to run 5K. In one go. It seemed too difficult for me to reach, but I gave it my all. The classes turned out to be a good motivation to run, and running together with a group made me enjoy it more. Thus, after the first class, more followed. We also thought it would be fun to register for some running events. Those events turned out to be the best motivation for me to keep going and not give up. Suddenly, running in itself was no longer a goal, but I now really had something to train for.

Not in a million years would I have imagined to be able to run the quarter marathon in Rotterdam and even the 15K Bruggenloop. My finish times were far from perfect, but the possibility for improvement gave me even more motivation. With enthusiasm I registered for new running events, including CPC Loop Den Haag in 2020. It would be my year. Unfortunately, COVID-19 happened. With all fun events being cancelled, my motivation to run also went downhill. Finally, over two years later, it is going to happen. Together with my best running mate Susan van Boxtel I will run CPC Loop Den Haag on September 25. With my roots from Scheveningen, it will be extra special!

The story of Xiaolu
"My husband Peter was always an avid runner. Since he was young, he loved running through the corn fields in his small village in Limburg. When he grew up and moved away from The Netherlands, he took his love of running with him. Running was his safe space and his way to start over no matter what stress the day held. Every time he would go for a run, he would always ask "let's run together" but I would always say no because I didn’t like running.

Peter passed away in 2015 suddenly and unexpectedly. I fell to pieces when I lost him because I couldn’t imagine life without him. I missed him so much and there were days when I thought I couldn’t go on. One day, when I was feeling at my lowest, I put on some old running shoes and ran his route through the cornfields. I thought the whole time about how much I regretted not going with him when he asked me to. But I knew he would say “At least you’re going with me now” And then I went the next day. And the next. Something strange happened because I used that time to connect with Peter and find myself. In running I found the one thing that saved me. And it’s in his memory that I run. I know he’d look at me, with two marathons, and now my second CPC Loop, and he would be proud. And finally we get to run together."

The story of Astrid

In 2015 I started running at a beginners level. I am still a slow runner now, who does not run 5K within 30 minutes. However, that has never stopped me from participating in events, like previous editions of City Pier City. I want to be an inspiration for the slower runners, because everyone who finishes delivers a great performance. The only one who can stop you is yourselves!

I registered for the 10K at CPC in March 2021, with the initial goal of changing that to the half marathon later that year. Unfortunately, I caught COVID-19 at the beginning of my year. Whilst I was in the best shape, I am now at my worst. Two months later I was stuck at home with a burn out. After these two setbacks, my reason for #BEINSPIRED is to show that I can still run and reach the 10K, despite probably needing the full 1 hour and 20 minutes to do so. The Half Marathon? I will reach it! For now I am focused on fully enjoying the experience in September.

The story of Robert

CPC is where my passion for running has started. Whilst in 2016 wanted to proof to myself that I would be able to run 21.1K, running has now become part of my identity. Through running I have met beautiful, inspiring people and also became a better version of myself. For that, I am grateful to the experience at CPC. Thus, for me it’s obvious to this year again join the event. Through running I hope to inspire and motivate others to set their sporting goals, push their own boundaries and get the best out of themselves. 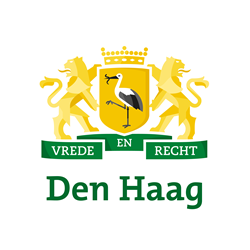 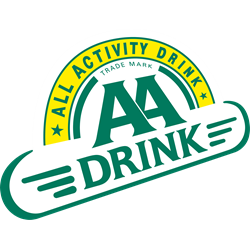 Due to the ongoing uncertainty surrounding COVID-19, we have decided to move the 46th edition of the NN CPC Loop Den Haag to September 25, 2022.